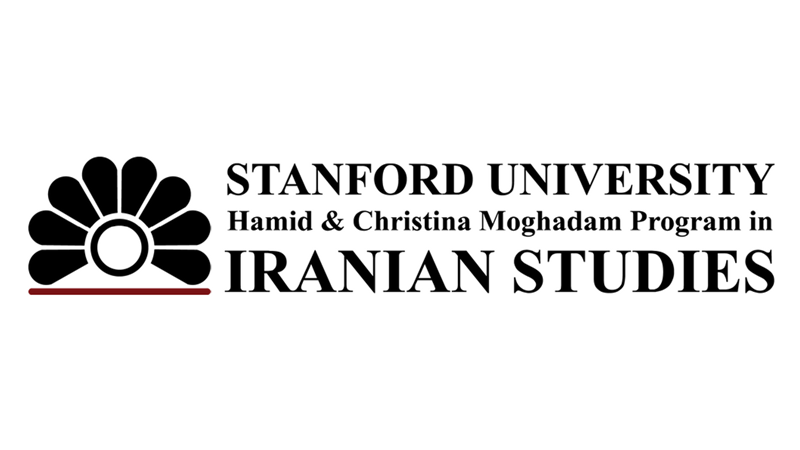 So they used different techniques, like molding, to make the transition from the cube to the dome as smooth as possible. This is perhaps best demonstrated in the Shah Mosque. The symmetry and the mathematical calculation you see in the building blows you away, and with tens of thousands of small mosaics that have been used in the building, when you stand inside and look at the ceiling, it’s impossible to say where the cubical building becomes a dome. The Shah Mosque was The answer to the question of Iranian architecture: going from the earth to heaven. Since no one came up with a newer question after that, our architecture lost its way, and its character.

Our parents’ generation had a question, or a dream: how to build a utopia. Different groups had different answers to that question; some thought the answer is Communism, or as a friend of mine always corrects me, Marxist-Leninism. Some thought the path to Utopia was going through the gates of civilization. Some thought religion was the only way to redemption. Some mixed up a couple of these and came up with new ideas, like Islamic Marxism!

There was a common question that people were trying to answer, and even though they had different answers to it, they had something in common: believing in Utopia. Having a belief, to me, is a sign of three things: having a question, having a value system, and having enough self-respect to actually do something about your value system.

If I want to explain the difference between my parents’ generation, my generation, and the new generation in Iran, I would say our parents’ generation had beliefs, we had (or maybe still have) suppressed beliefs, and the new generation does not believe. Our parents fought for their beliefs. We saw the revolution, and we saw the war, but the result was very different from the expectations, from the promised Utopia. We have questions, and we’re kind of searching for answers, but we don’t really believe there is one.

Some friends and I have a game called “The One Word” game. In this game, we try to find the best word or short phrase that captures the most accurate sentiment about someone, or something. Not too long ago a friend asked me for the one word that describes my generation, and the best thing I could come up with was one of Pink Floyd’s songs title: “Comfortably Numb”. Seeing our parents, the revolution, the war, and post-war lifestyle in Iran, we have become numb, comfortably numb, just to be able to stand the unbearable lightness of it.

I rarely talk about those years with “Kharejis” (foreigners). Whenever I do speak about that time, I feel a big difference between “us” and “them”. They usually start asking me about the “culture shock” I experienced after I moved to the States. But that “culture shock” was not as big as they thought. We listened to the same music as they did, we saw the same films, we partied, we danced, and we had girlfriends.

The difference between us reveals itself when I start talking about going to school every year and seeing big baskets of flowers sitting on the seats of the classmates who went to the front line during “summer break” and never returned. Or spending days in jail just for attending a simple party. Or about watching Chris De Burg’s “I Love the Night”, while Tehran was getting hit by missiles every single night.

They usually look at me with disbelief, thinking that I’m exaggerating, while I’m thinking “there’s no way you can feel what I’m telling you”. They ask “did all this really happen to you guys?”, and my answer is a short and cool “yeah”.

This “yeah” is what I’m calling “comfortably numb”. In order to be able to deal with all of this, we had to become numb. This was our defense mechanism. But not only have our feelings and memories become numb, but our beliefs have also become numb. The thought, the feeling, the urge to do something is there, but we are too numb to actually do something about it.

I want to talk about another aspect of our culture. Our culture is an “epidemic” culture, meaning things come into fashion very easily. For example, for a while, TM (Transcendental Meditation) was a fad, and everyone was doing some sort of meditation. Then there was the painting fad, and all of a sudden people’s garages became fashionable galleries. Then playing the setar was trendy, and my previously poor setar-teacher friend bought a brand new shiny SUV. Nowadays, thanks to cheap technology and digital cameras, making documentaries have become the newest fever.

In my teenage years though, we didn’t have the luxury of those fads. In those dark years of war, our only way to breathe was through films, music, and books. Intellectualism, by default, was our fad. Even though we didn’t know English, we all knew the lyrics to a couple of English songs. You can barely find someone in my generation that has not read Milan Kundera’s books, or at least has not heard the name of Jean Luc Godard. Many of us are familiar with one or two forms of music, cinema, or literature, and this has given us a solid foundation on which to build something, but we have become too numb to actually build anything.

One of the highest earnings from a movie in Iran today is an illegally distributed home-shot video told to be an actress and her boyfriend in bed; 1 million copies, 5 million dollars. Illegal distribution of filmed clips from private parties has become a line of business. Iran has the highest rate of plastic surgery in the world, and people who can’t afford a nose job put “surgical tape” on their nose. “Bribery” is part of the cost analysis of any project there. And it’s not a secret that Iran has the highest rate of drug injection per capital in the world, which is 3 times higher than the next country in the chart. In my opinion, these are all results of not having a belief, value system, and self-respect.

The young generation needs a change to come. The change has already started, but we have lost The Question, and with it, the value system. If we don’t help ourselves find the right direction, there’s a big chance that what’s happened to our architecture will happen to our culture as well. With all that glorified history in architecture, Persepolis, 33 Pol, Shah Mosque, Arg-e Bam, now we simply don’t have anything called architecture anymore. The folks here that have gone to Tehran recently know what I’m talking about.

The change has started, but more than the change itself, I’m concerned about the direction of the change, and what comes after the change. In Iran we have been saying for a while that “anything that comes after this can’t be worse, we just need a change”, but each time we have seen things getting worse. We can’t stop the change that is happening, but we can help it go down the right path, or we can sit there watching it trip over itself in random directions.

There are small movements happening here and there which last a little while, but without our support, the flame dies and goes away. This happened to our cinema, which was a source of pride for a decade or so, but has noticeably slowed down. In music, there are very few bands, who are producing good music, without being ignorant to what’s happening around them. Mohsen Namjoo, Kiosk, 127, and maybe a couple of other bands. That’s all we have. We have to support them any way we can, so this small movement continues to grow. Otherwise soon they won’t be able to produce anything anymore, the bands will die, and the movement will stop before it has a chance to make an impact, just like what happened to several other bands like O-Hum.

The era of Los Angeles’ satellites is long over for certain, but there’s nothing to replace it. The best alternative to Los Angeles TV for Iranians is Voice of America, which is, in my opinion, much worse; it’s shameful and humiliating. We can close our eyes, turn off our TVs and pretend they don’t even exist. But we can’t ignore that there’s a need for it.

We don’t have many people contributing to our culture. In our generation, and the new generation, we have the best businessmen, doctors, lawyers, and engineers all around the world. But when it comes to culture and art, we rarely see someone effective. If we want to see a change, we have to support that little group that is trying to make a cultural change, both financially and emotionally.

These days I see a lot of people talking about Cyrus writing the first human rights charter 2500 years ago, or fighting over a silly cartoonish movie about the ancient Persians, or showing off about having Saadi’s poem on the entrance of the UN. Just like the way they talk about the glory of our old architecture, like Persepolis or Shah Mosque, without having much to say about our present. We can believe in Utopia or not, we can be numb, comfortably or uncomfortably, but we all should try to build something for the next generation to talk about, before our past (including Persepolis and Pasargad) is submerged under water. We don’t have much time left.